Legendary Minnesota musician Lonnie Knight passed away on May 7, 2017 after a courageous battle with cancer. He was in the process of preparing for a tour later in the summer with me and former band mate, long-time collaborator and best friend Fredy Argir.

Lonnie, Fred and I toured together in the mid-70s performing our original music in the Midwest and Texas. After Lonnie passed, Fred and I decided to go forward with the Missing Man Tour and are dedicating these to Lonnie’s incomparable songwriting, unparalleled guitar playing, and a career that spans six decades. He was a man who played well with others. Always willing to come play if he could, it was never about the money, it was about his love of the music and of his own creativity.

We will be performing many of Lonnie’s songs, as well as songs of ours that he covered, and music we have written for and performed with him through the years.

Fredy Argir was born in Hibbing, MN and has worked most of his life out of Austin, Texas. He traveled for decades performing his original music and has recorded and released over a dozen albums. In the mid-1990s he spent five years at Dell Computer before building his Austin recording Studio and returning to the music industry for another decade. Fredy is also a published author, poet, and photographer.

Special guests William Smith (harmonica), George Traugott (bass, concertina), Richard Grossman (percussion) and other friends who have performed with Lonnie will be joining us for some of the gigs. 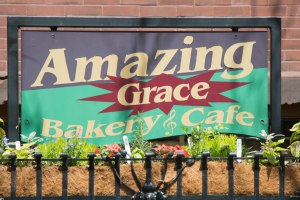 The Music of Barbara With